The Rise in Trials and Systematic Reviews

In 2010, my colleagues, Paul Glasziou and Iain Chalmers, published an article in PLOS Medicine called 75 trials and eleven systematic reviews a day: how will we ever keep up? The data were based on a few ways of estimating time trends.

Here's an update on a key figure from August 2013 on PubMed Commons.

And here are data updates from October 2015 (see the paper for details): the data is updated to 2013 for systematic reviews and 2014 for trials. A difference to note is that for the number of Cochrane reviews, instead of precise data directly from the Cochrane Collaboration, the update estimates the number from the chart the organization provides annually on its website. 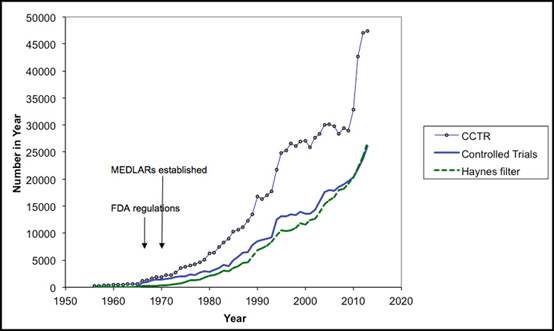 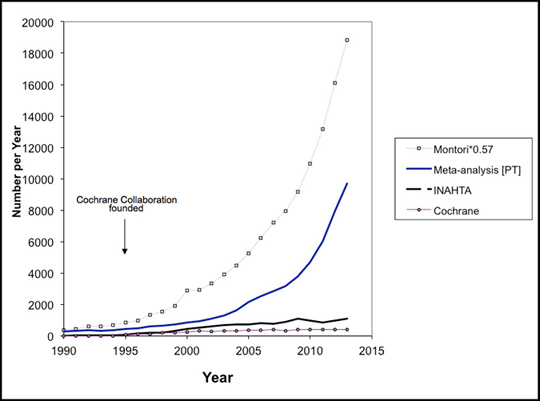 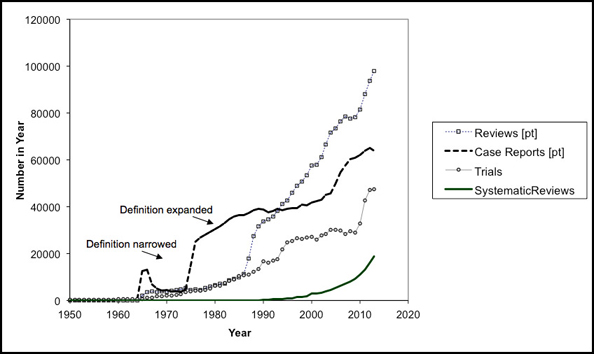